This image of Sir Samuel Griffith's Coat of Arms Banner forms part of the original regalia issued to Sir Samuel as part of being officially knighted. The Banner has been restored and is on display at the Supreme Court Library of Queensland. The Banner is on permanent loan to the Supreme Court Library of Queensland from the High Court of Australia. The information at the base of the Banner reads: The Banner and Coat of Arms of the first Chief Justice of the High Court of Australia, Sir Samuel Griffith, G.C.M.G. (1845 to 1920) granted on 7 April 1892 by letters patent by the King of Arms. 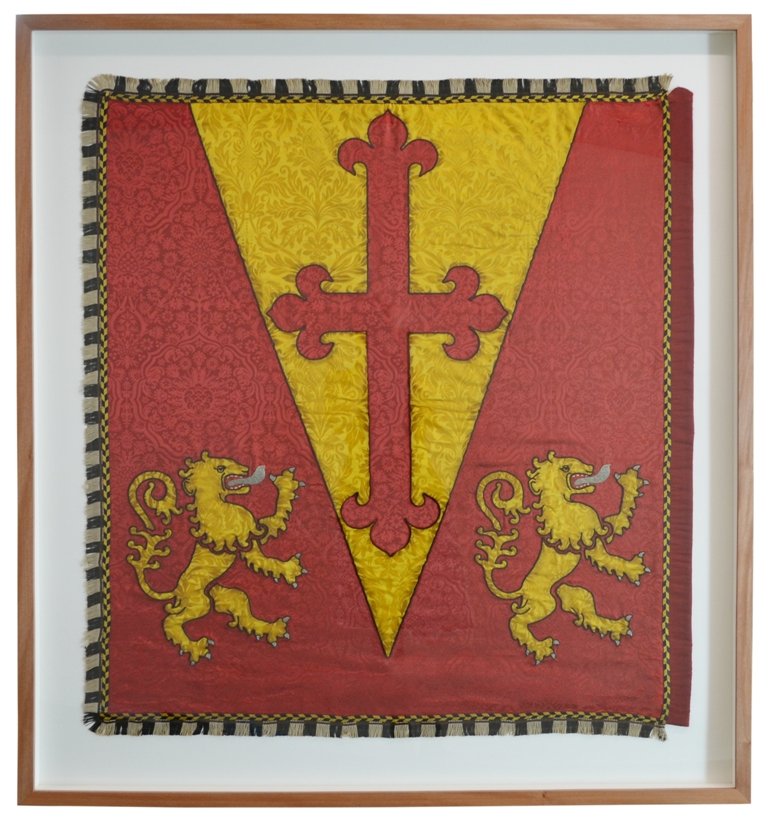 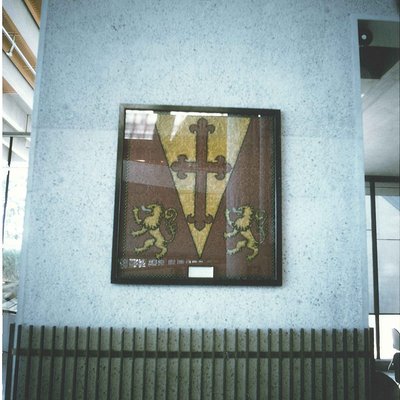 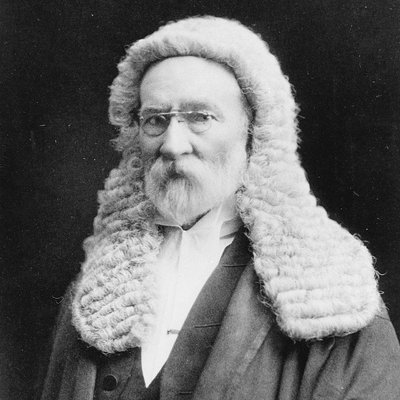 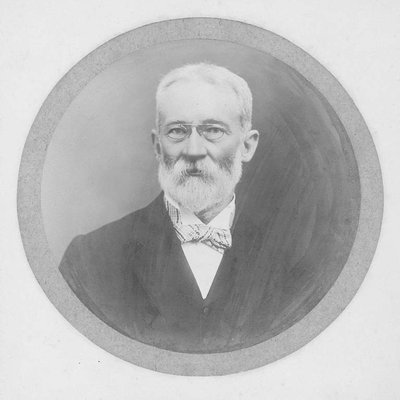