Friends of the Forest

Griffith University has always been unique. Whether it has been establishing the very first Australian university Schools to support new study areas, or designing and implementing pioneering administrative and teaching practices, Griffith has been an innovator. Our organisation's founders were charged with establishing our first campus at Nathan within a eucalypt tree forest (Toohey Forest). The brief issued by the Interim Council to Site Planner Roger Johnson was that this original campus would preserve the unique bush-setting as much as practically possible.

Roger Johnson embraced this philosophy of 'working with nature' from the very beginning and included a number of initiatives in his planning. He deliberately designed the Nathan buildings to be compact and contained in an effort to disturb as little of the bush-land as possible. The forest would be as close to buildings as possible. He also decided that only plants native to the forest were to be used in landscaping/revegetation, which also included the development of a native plant seed-bank (stocking of certain seeds). And finally, mowed or manicured lawn areas were to be kept to a minimum.

This novel design approach went beyond natural aesthetics and simply preserving native vegetation. There were functional benefits as well. Many of the original buildings were to be without air-conditioning. By keeping the forest trees close to buildings, and in fact planting more trees, shade would help cool buildings. An abundance of close vegetation would also help reduce glare in buildings across the facilities. In addition, the close proximity of the natural environment was also intended to act as a wind-break and keep buildings warmer during colder weather.

Even by today's standards, a university (or any organisation for that matter) that places the environment before many other considerations is special. From the beginning and long before it became fashionable, Griffith University was a friend of the forest. 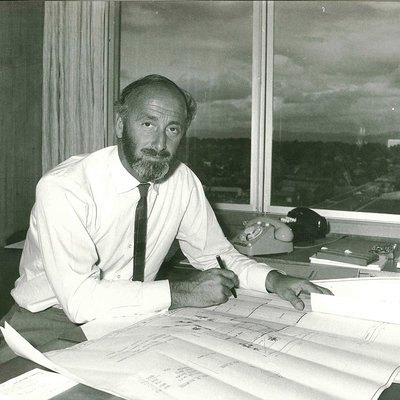