The Griffith Council decided in 1980 to introduce the University Medal. The first three Medals were actually awarded in 1981 to John Bekkers (Bachelor of Science), Gerard Milburn (Bachelor of Science) and Linda Weiss (Bachelor of Arts). All three medals were awarded retrospectively as the award was created after these particular recipients had already graduated. Bekkers was among our first graduates in 1978.  John Bekkers was unable to accept the medal in person as he had followed on from his Griffith studies by undertaking a Master's Degree at the University of Manchester in England. His father, Mr P. F. Bekkers (pictured far left) accepted the award in his son's absence. 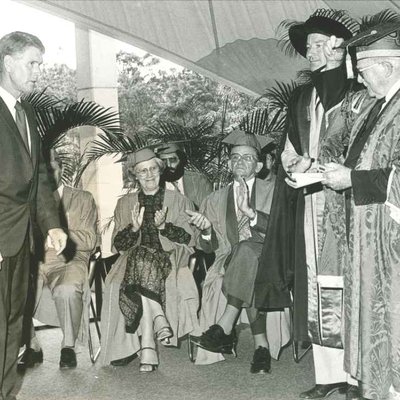 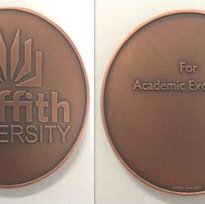 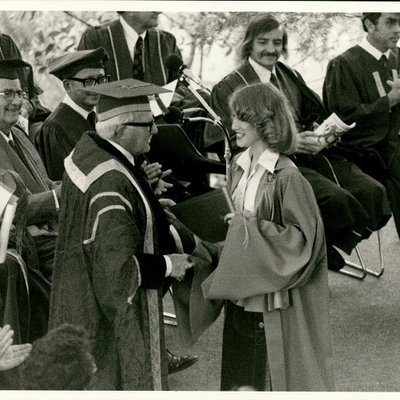