Managed orientation weeks (O-Week in Australia) have been a part of university administration practices going back centuries. Welcoming activities for new students are recognised by most universities around the world as important in acquainting beginning students or transfer students with the services and opportunities available to them at their chosen study institution. Griffith University held its first Orientation Week beginning 3rd March, 1975 and offered a range of compulsory and voluntary attendance activities including the Vice Chancellor's Welcome, a staff-student dance and a folk-singing concert.

While the first Griffith O-Week was overseen by the University's administration - students played an important role in organising and supporting the social activities organised for our first ever 'welcome' week. A select group of students arranged for potters, sculptors, weavers, actors and musicians to 'perform' around campus. They also encouraged the establishment of clubs and societies and by the end of 1975 - some fifteen clubs ranging from sport to social had been established. This same group of student organisers went on to organise Griffith's first student union.

Over forty years later - our O-Week has changed in some ways and remained the same in others. There are still compulsory activities (course/study specific) that students are required to attend but there are now a broader range of activities offered that better serves our diverse student population.  Students of today can join guided tours of Brisbane and Gold Coast Cities (the homes to four of our five campuses) as well as attending support classes for those that speak English as a second language. With our Nathan and Mt Gravatt campuses joining on to Toohey Forest - there is also the opportunity for new students to go on bushwalks which introduce them to some of our local native plants and animals.

Below is a variety of content that represents over four decades of Orientation Weeks at Griffith University including our very first O-Week programs and an interview with our foundation Vice Chancellor - Professor John Willett - in the lead-up to our first O-Week. 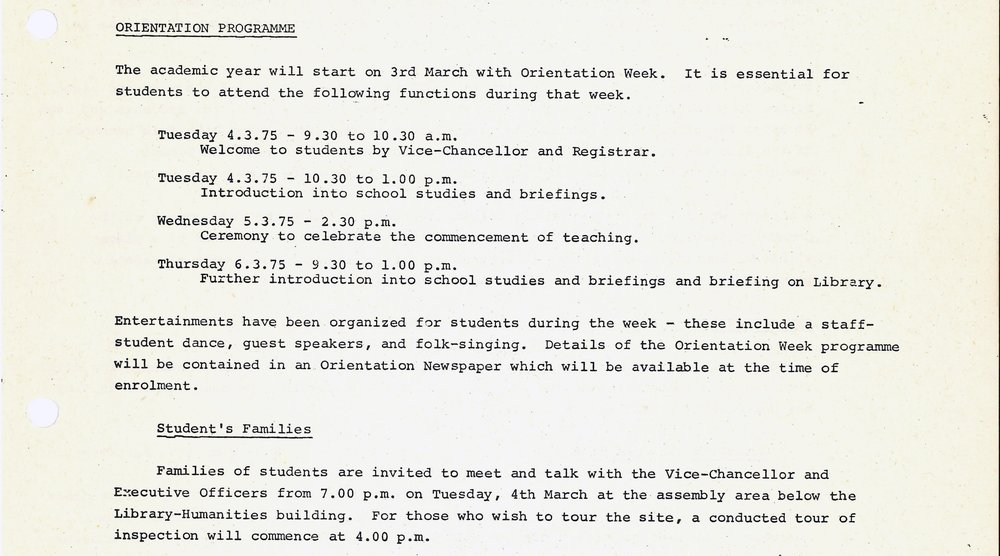 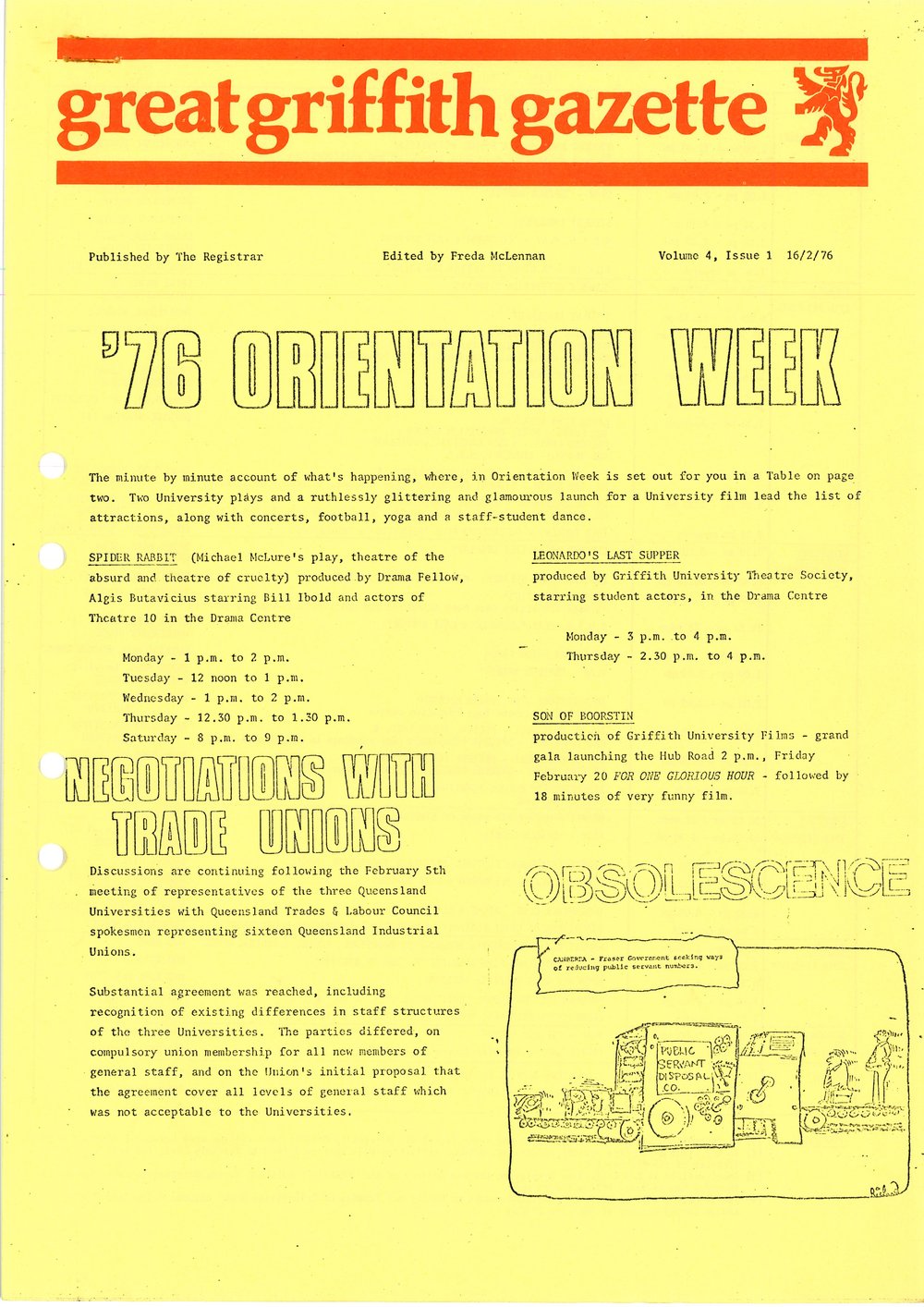 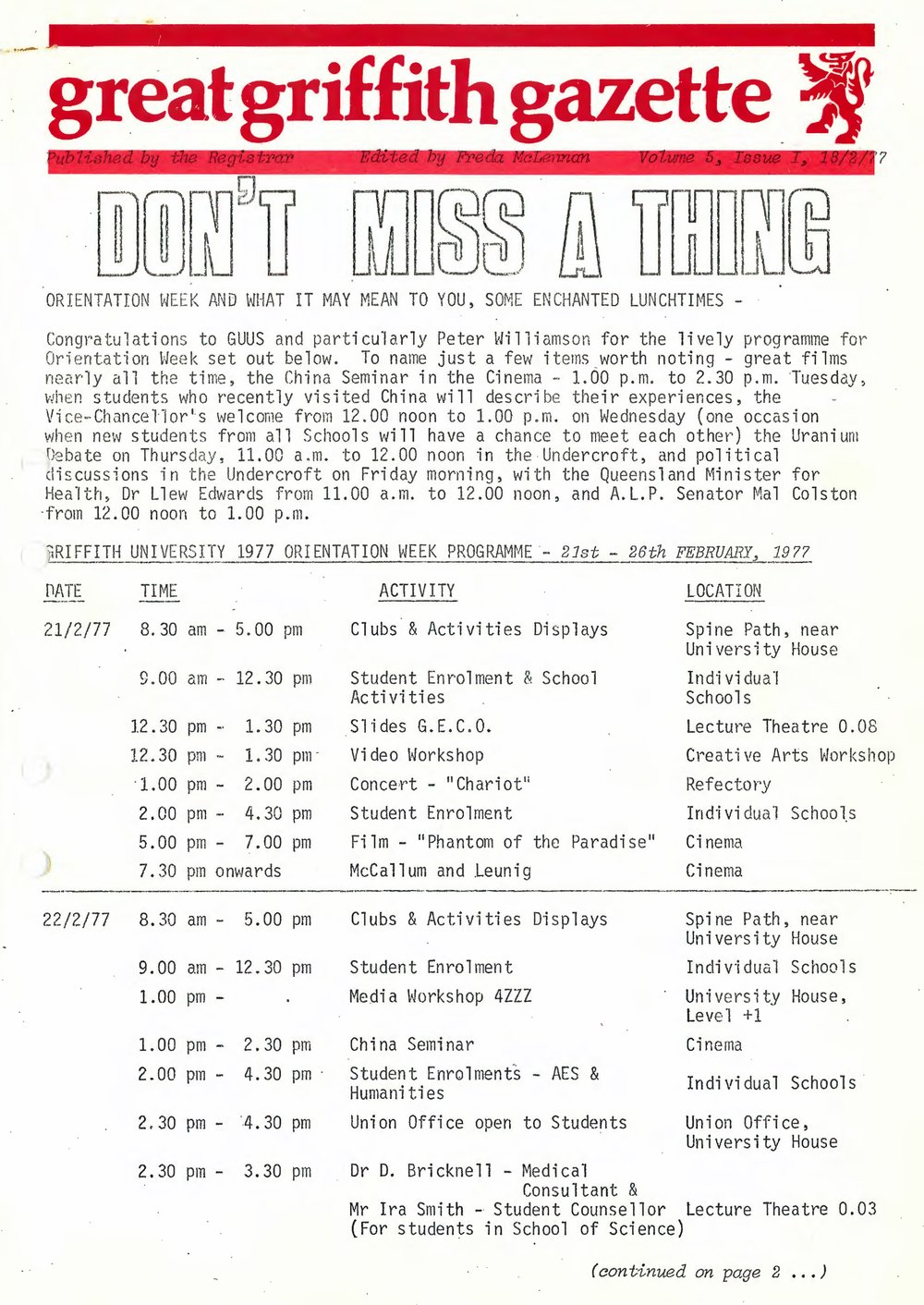 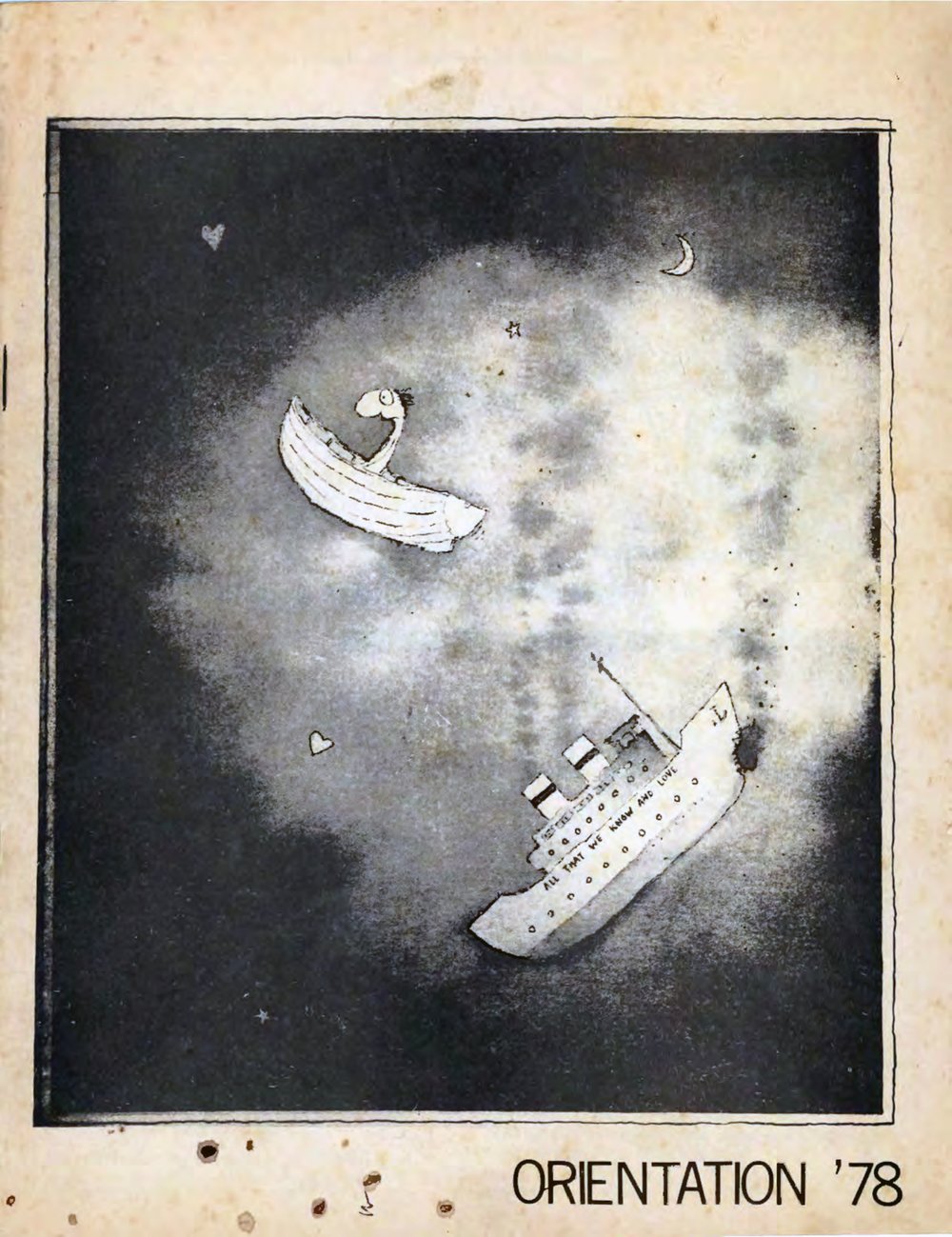 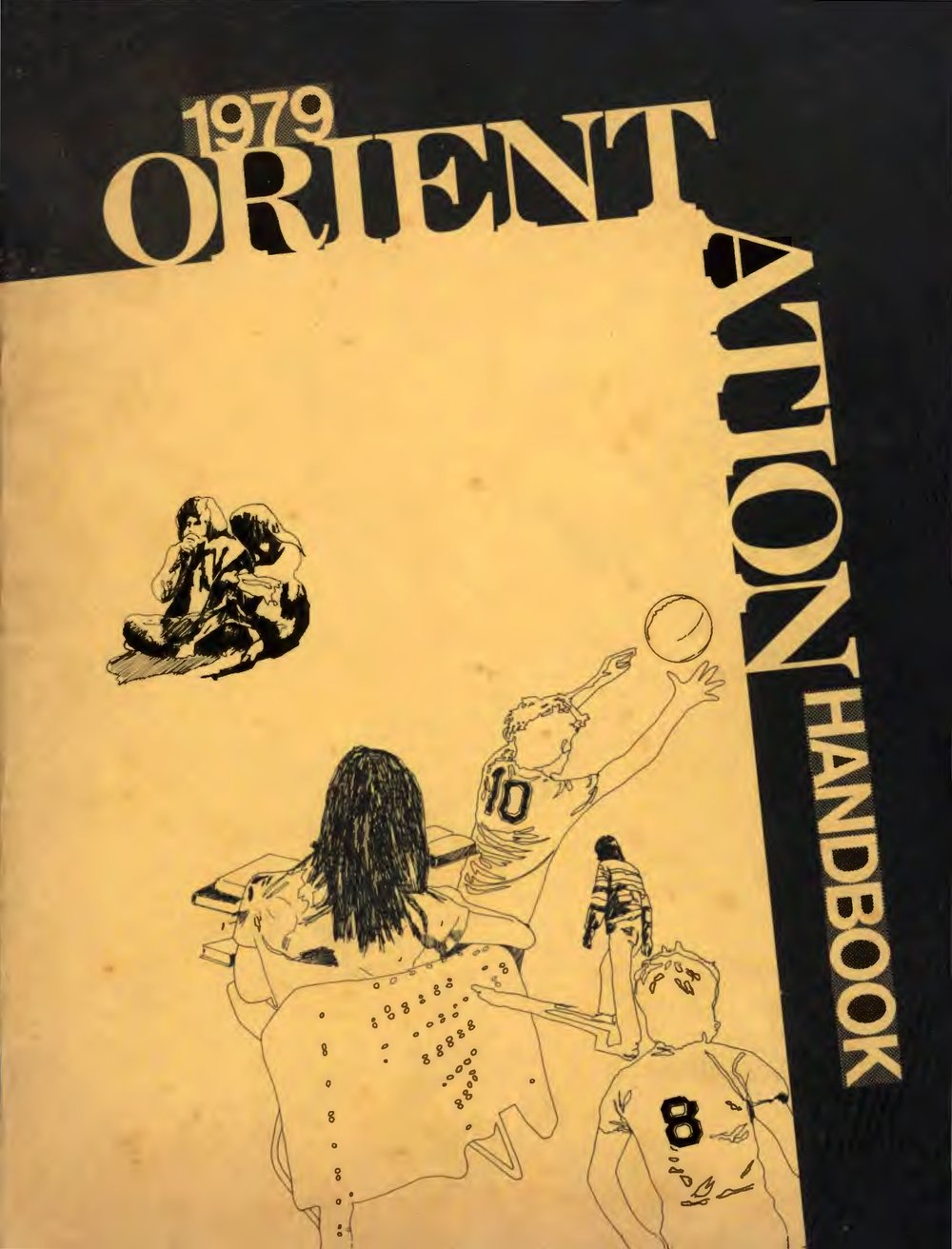 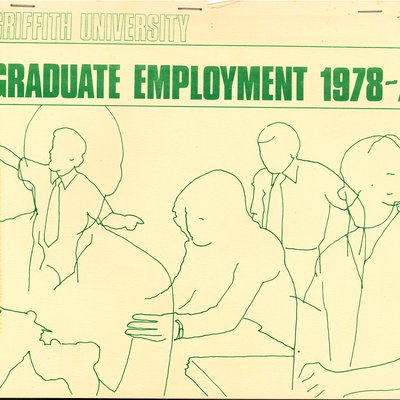 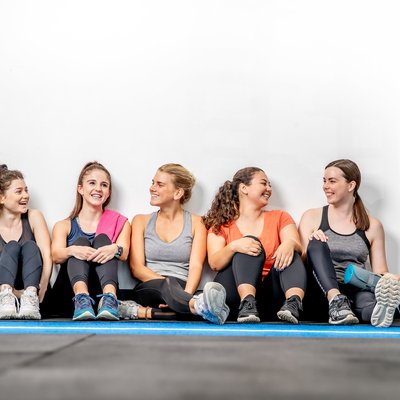 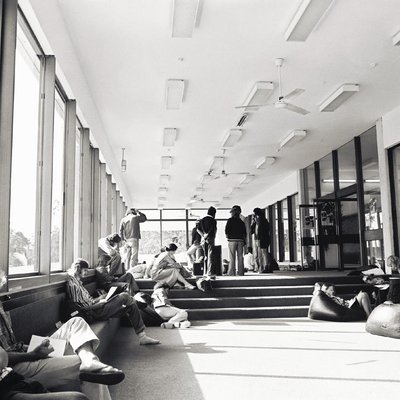