The Griffitti publication was our first student 'owned' magazine and was first produced in early 1975 under the title of 'The Gryphon'. The early editions of Griffitti reveal a 'testing the waters' approach as the students responsible for publication attempted to be inclusive and encouraged other students to contribute content. The early volumes essentially provided information about campus life and services as well as some rhetoric on political and social issues. The first student union or council (Griffith University Union of Students -GUUS) was not formed until the publication of Volume 2 - and responsibility for the publication is taken by GUUS in this volume's production credits. The constitution for our first student union can viewed below in this edition. By the time Volume 5 was released during October of 1975 - Griffitti had matured and was publishing more diverse content while at the same time questioning (and encouraging questions about) some of the University's administrative practices. A 'university staff work for us - not the other way around' tone was beginning to present in some of the publication's articles. 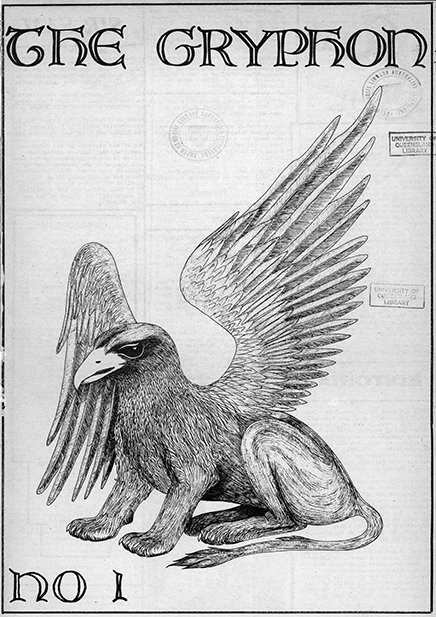 The Gryphon (Griffitti Volume 1 No. 1) 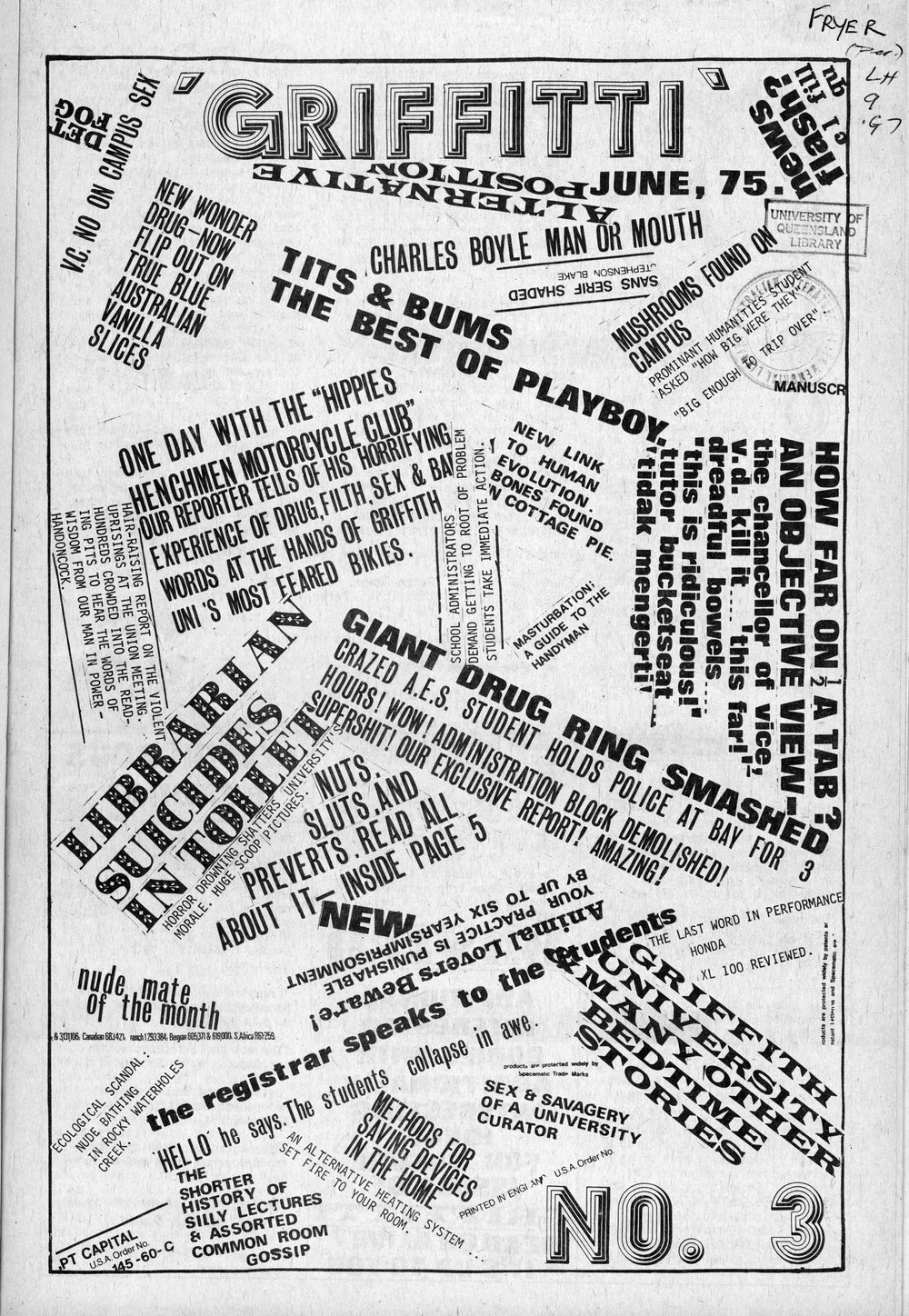 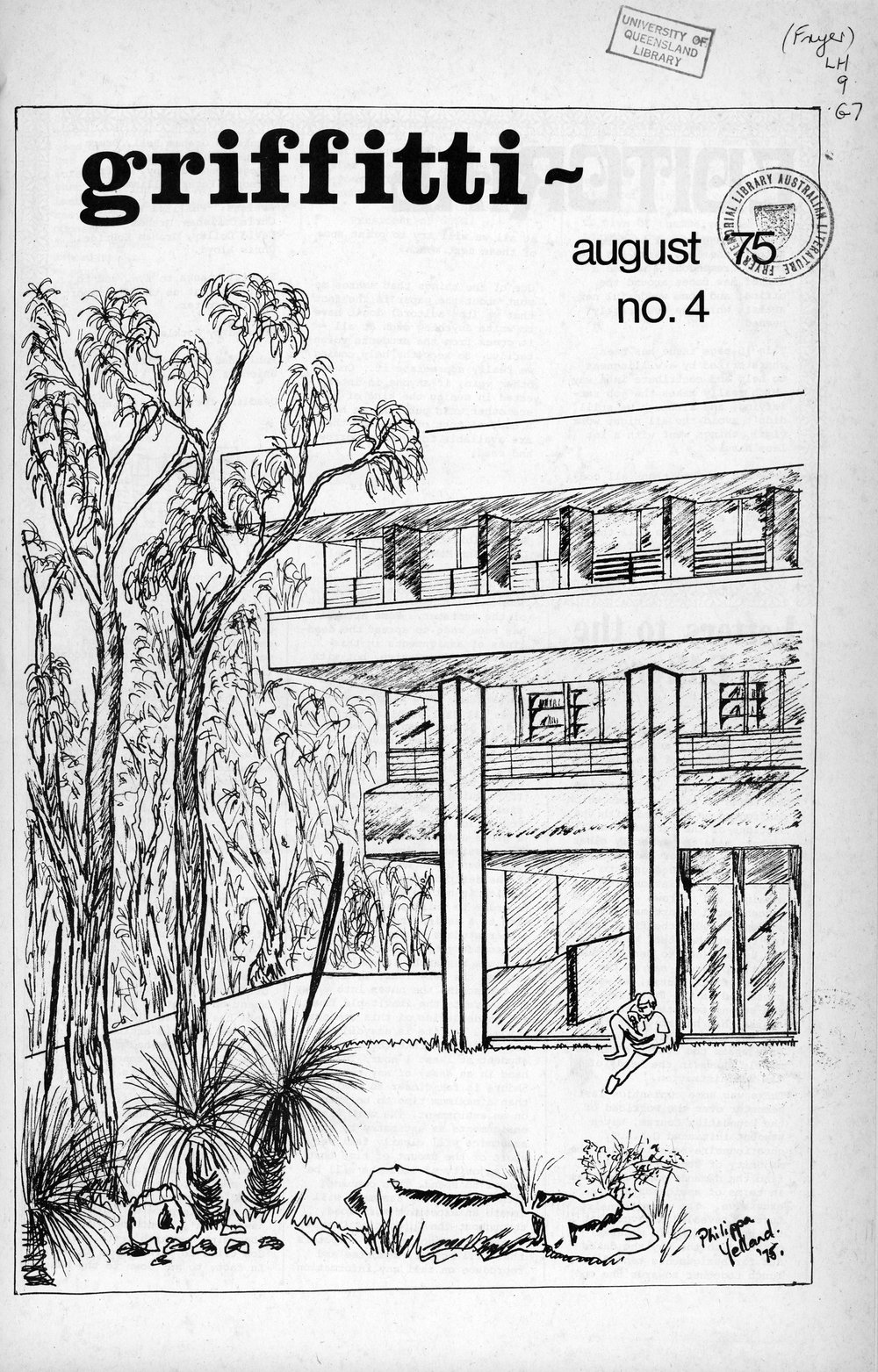 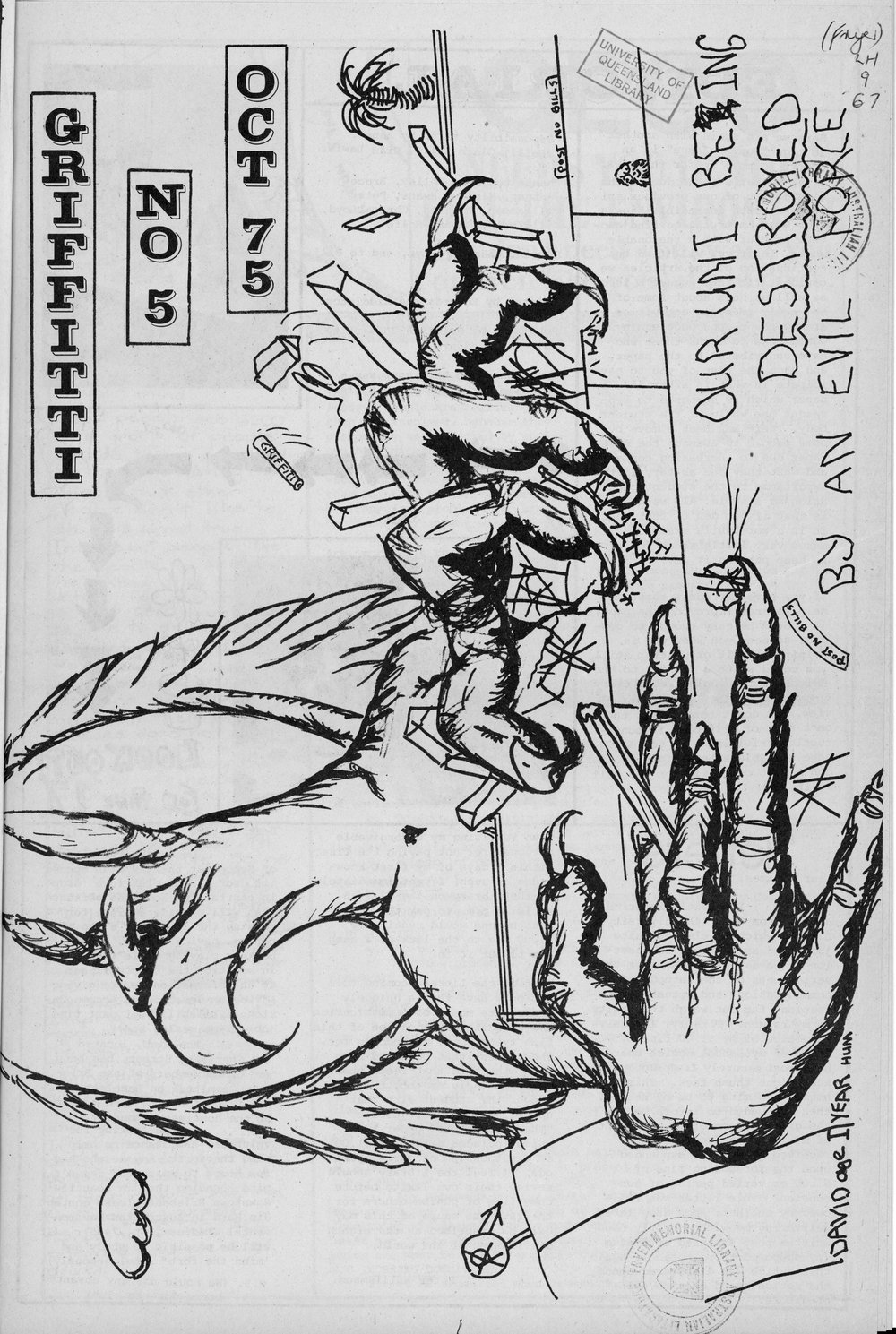 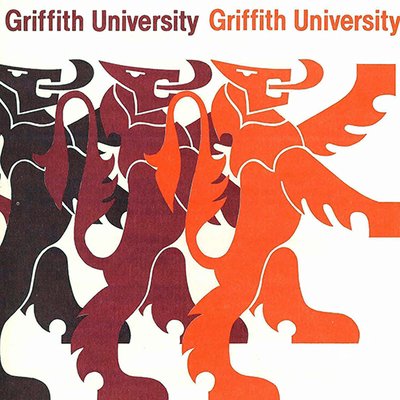