The Division of Information Services - A Brief History

In 1988, our university established a new general administrative department. The Division of Information Services (INS) was created to combine the Library and our Information Technology Centre (ITC) or IT Department. Jim Cox was the first Head of INS - beginning in 1988 as Director, Information Services and University Librarian. INS came about after a 1987 review of our university's computing operation, needs and services. During this process, it was determined that the ITC and the Griffith Library (which officially opened in 1975) had related functions and as a result, the two entities would be merged into one department. Our senior management of the time believed that this union would greatly improve access for our students and staff to a greater variety of information formats and sources.

"It is expected that the new and broad information infrastructure will stimulate greater and more effective access to the increasing quantity and variety of information sources and will enable traditional library and computing services to be offered more efficiently and effectively. The new structure will provide to students, researchers and scholars both the capacity for flexible response to change, and the assurance of stability as they become more and more dependent on electronic information systems" (Griffith University Annual Report 1988). 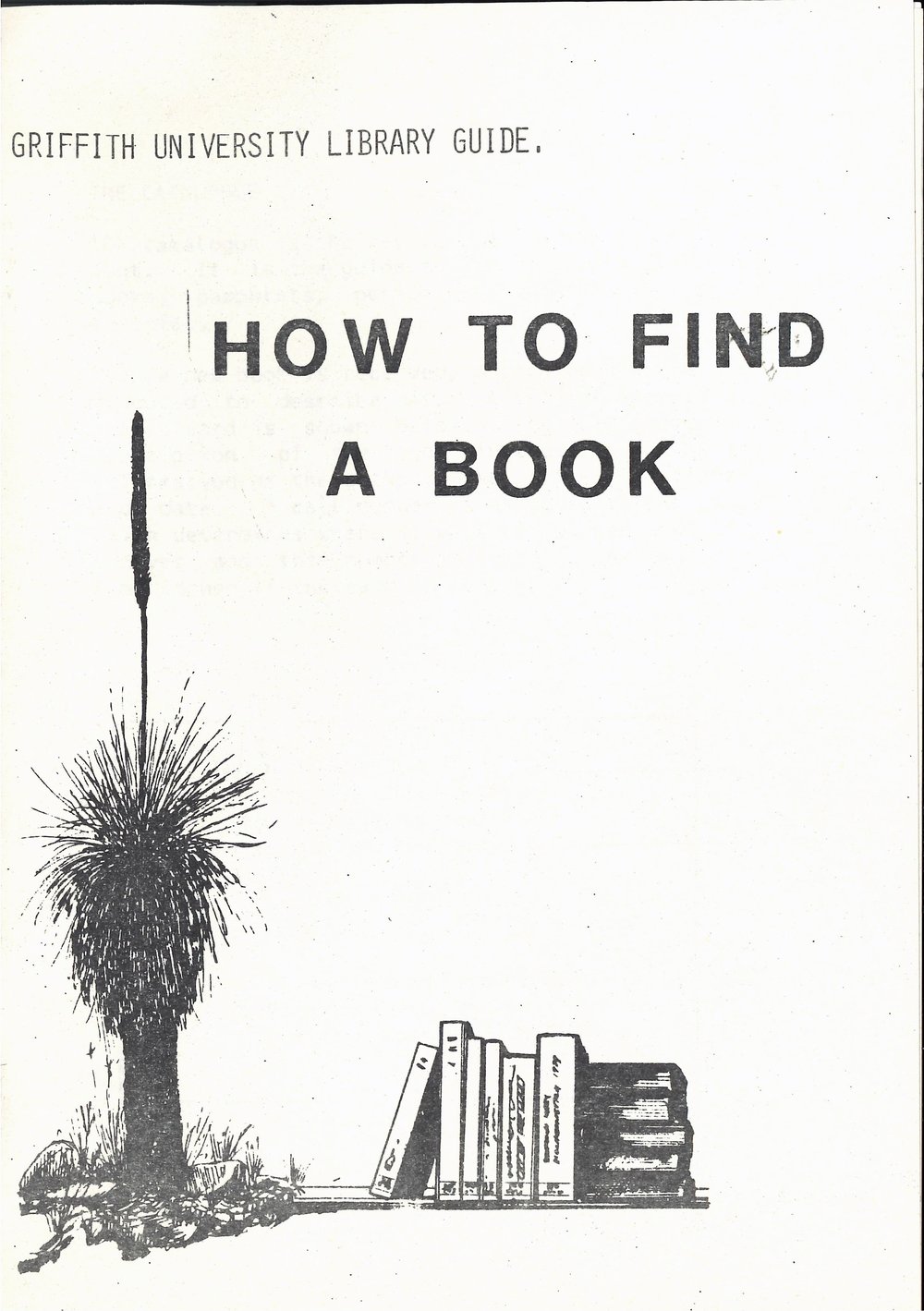 Cover image from a 1984 Library guide

During the mid- to late-1980's, and under our second Vice Chancellor Professor Roy Webb, Griffith was undergoing rapid expansion. This dramatic growth would see significant capital and general funding provided for the INS Division. $6.8 million (over $15 million in today's money) was originally provided to extend the Information Services Centre (Library) to provide desperately needed space for services and students. Funding was further increased to $8.2 million ($17+ million now) for the new Information Services Centre that would have seating for over 1000 users and provide library users with access to print resources, information retrieval technology and computer aided learning. Senior Management's support for Information Services was such at the time that $55 000 ($115 000 today) was allocated to the Division to undertake research into improving library services, software systems and management practices. 1990 also saw INS appoint it second Director of Information Services and University Librarian - Dr Brian Cook. 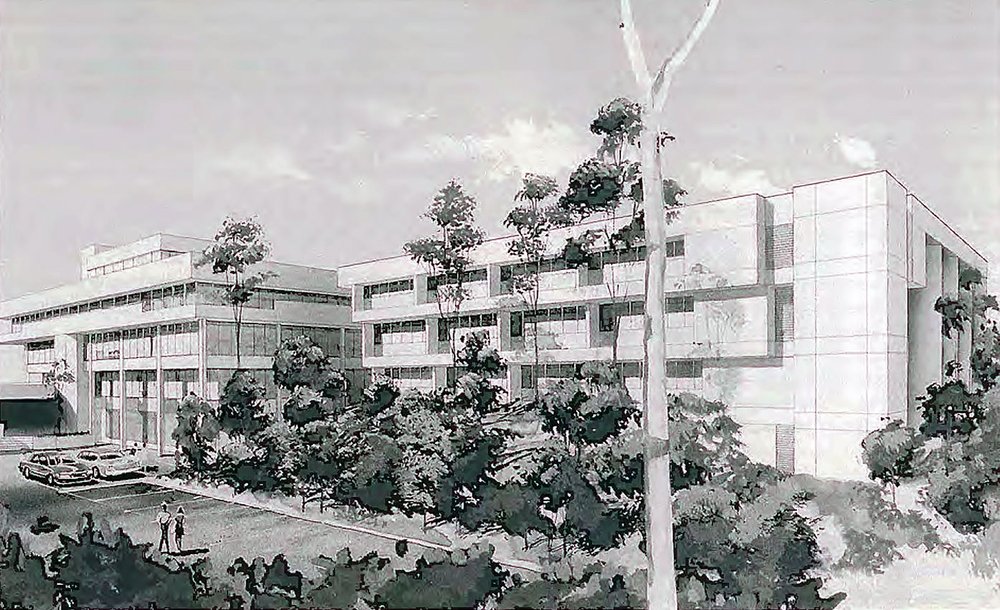 The Noughties would begin with yet further expansion of INS and its important role within in our university. The Division was renamed to - the Division of Information Services, Equity. The addition of the university's Equity portfolio meant that in a little more than ten years since establishment - INS (or now INS, Equity) was now a 'mega department' operating within Griffith. The services offered now were as broad as loaning library items to administering and awarding scholarships to students from low socio-economic backgrounds. Even Centres such as Gumurrii (First Australian support unit) and the Multi-Faith Centre (now Centre for Interfaith & Cultural Dialogue) now came under the Information Services banner. However, this 'mega department' was a short-lived structure and the Equity portfolio was dropped which saw a return to the Division of Information Services. 2005 would see INS under go its first major internal audit with a review of its services and performance. The final major change to the Division as the decade neared its end was at PVC level with Linda O'Brien replacing Janice Rickards in 2008. 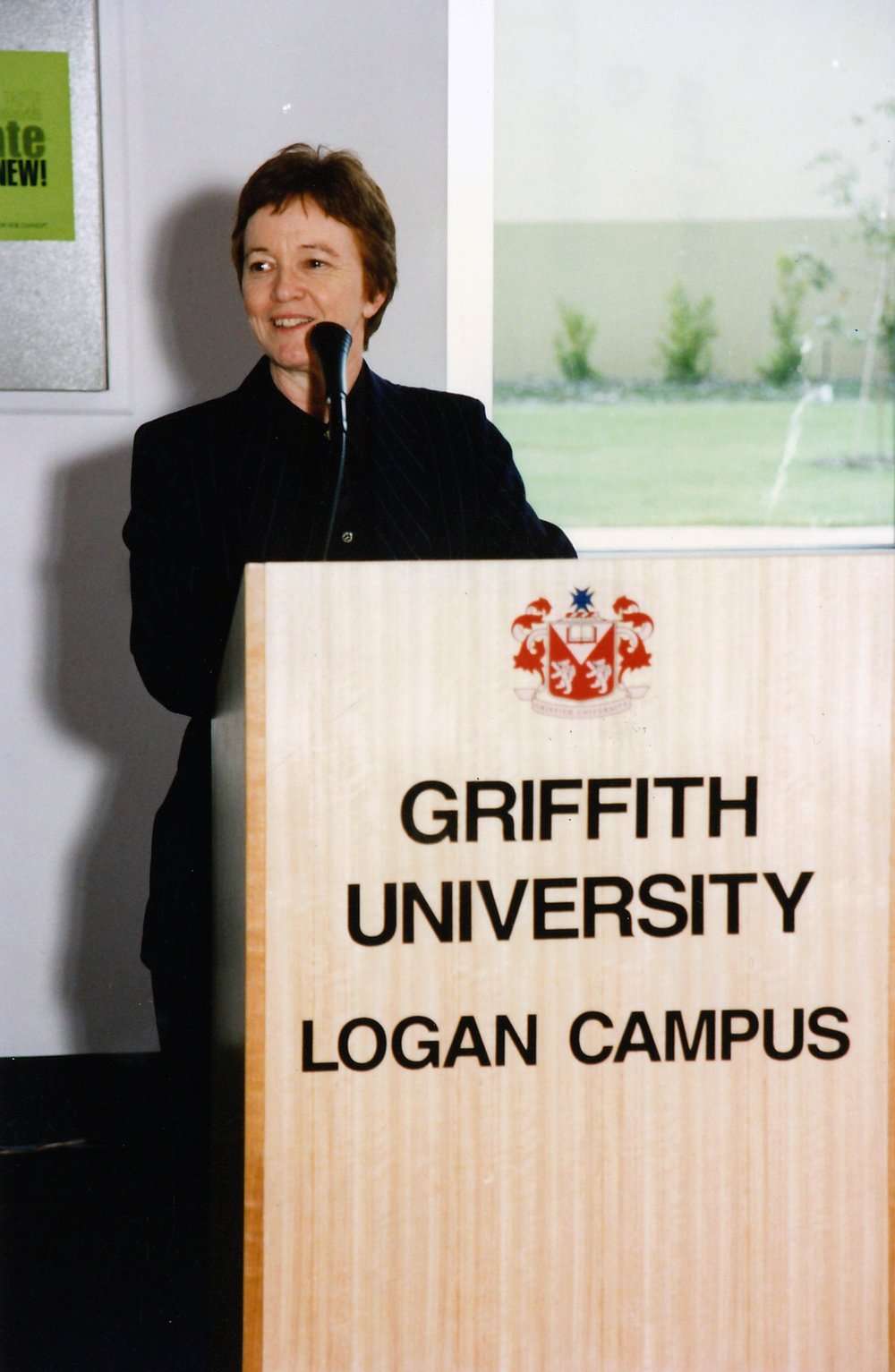 Janice Rickards - the first female Head of our library

Despite the changes during the previous decade - Information Services had still grown extensively and was a large administration/services operator within our university. By 2010, INS had Directors responsible for Students, ICT Services, Learning and Teaching and Scholarly Information and Research Just three years later - the portfolios of Planning and Projects, Information Management, Enterprise Information Systems and Information Technology Infrastructure had been added. A new position - Chief Technology Officer was created and meant that in total, the PVC of INS now had eight Directors as direct reports and well over 300 staff. This direct report number of Directors was only equaled by the PVC Administration (today's Corporate Services Division). INS had now become the major player in informing the information management of the entire university including providing the brief for our Griffith Digital Strategy 2020. Structural changes and an external audit of Griffith University would see the Division of Information Services as a business unit - end. After almost twenty years of innovation and supporting our students, staff and research - the Division was split in two, to form what we know today as the Library and Digital Solutions. Essentially, our university has now returned to having what it had before the formation of the Information Services Division in 1988. Our Library and 'IT Department', while still having close ties - once again operate as individual entities rather than as one. 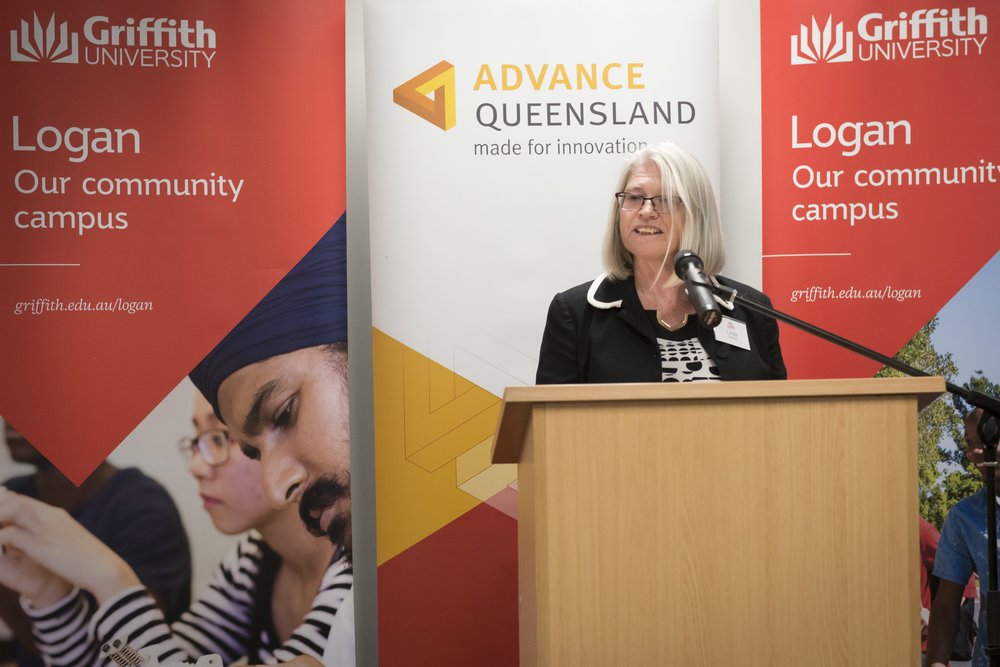 Linda O'Brien in 2017 in her role as Head of Logan Campus and University Librarian. 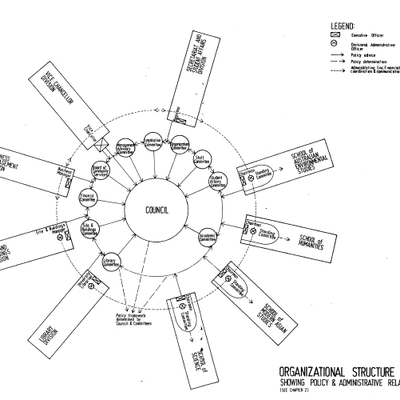 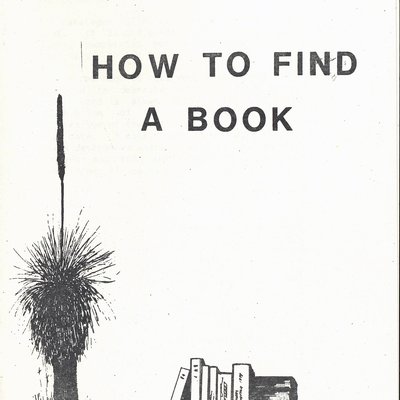 The Library - 45 Years of offering more than just books 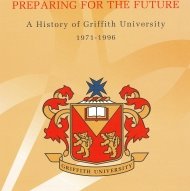