A New Model for a New University

From the beginning Griffith University was not going to be a ‘traditional’ university. Originally planned as part of the University of Queensland (UQ), Griffith would diverge from UQ’s traditional approach and instead offer a unique learning and teaching experience; specifically, Griffith students would be exposed to real-world problems and address these issues in an interdisciplinary teaching and research framework (this approach is also often referred to as multidisciplinary or cross-disciplinary).

"Griffith University decided to develop an alternative to the conventional academic organisational unit of the discipline based department. Rather it would have multi-disciplinary Schools that would provide coherence for its students by focusing on a broadly defined set of problems or a theme" (Sir Zelman Cowen (University of Queensland Vice Chancellor 1970-1977).

This approach was designed to help students develop different ways of thinking and problem-solving by providing an environment that encouraged a broader and varied knowledge base to learn and research. In other words, students would study a topic from the viewpoint of more than one field of study or discipline.

The intention was for the four discipline areas or Schools - Australian Environmental Studies, Humanities, Modern Asian Studies and Science - to share teaching resources and approaches so that all Griffith students had exposure to these different disciplines. To build on this, each School would have academics from the various disciplines and research activities would also use the same framework.

"The expectation is that this system […] stemming from external problems, will result in multi-disciplinary Schools in which staff and students can focus on 'real-world' complexities, and that representatives of particular disciplines will be found in more than one School" (John Topley (Foundation Registrar) and John Willett (Foundation Vice Chancellor 1976).

A schematic of our original course structure with the Foundation and Link Courses focusing on interdisciplinary study.

Opening a new university that taught and researched within an interdisciplinary framework was always going to prove challenging, and a series of problems soon arose.

Although the framework allowed each School to draw on teaching resources and knowledge from the other Griffith Schools, it didn't allow students to enrol in subjects outside their own School. This meant that a School of Science student couldn't study a subject taught by the School of Humanities. Traditional university teaching models did allow this.

Another problem was that a subject such as Mathematics was considered important in teaching numeracy skills across all our four Schools, not just Science or Australian Environmental Studies. So, in which School should Mathematics sit? Should the School of Humanities, for example, have a dedicated Maths lecturer on staff?

And when it came to research, how were discipline specialists from the respective Schools supposed to find time to meet with colleagues from other Schools and undertake research work together? How would staff undertake cross-discipline research projects while also juggling the teaching, research and administrative requirements at their individual Schools?

Our foundation Chairman of the School of Humanities, Professor Charles Presley, reflected in 1992 how challenging this alternative approach to university education had been for our foundation staff:

"We used to talk about that and call it the 'de-skilling effect' of working in Humanities at Griffith. A lot of people felt that they were put in the position where they had to lecture on things in which they weren't qualified. And that seemed to be an unforeseen consequence of this kind of interdisciplinary stuff".

"[…] there was a certain sort of distrust of people in one discipline with another. The ideal team would be people who'd known each other for years and worked together and trusted and knew each other's views inside out. As it was, it was often quite difficult and there were often sort of conflicts displayed in lectures that were upsetting to the students and so on".

"I had come through a conventional university with the old structure of disciplines and the whole notion of a problem-solving interdisciplinary framework was strange to me, as it was to most people, and I could see that it was harder work for the people to teach it. The original ones (academics) had come because they all genuinely shared this Messianic zeal for the alternative university, this group of people who came from conventional commerce-type faculties around the country were not committed to the interdisciplinary model. They were not prepared to actually break those barriers down and take the same sort of problem-solving approach".

"One of the things I found for the students, was that we were not able to sell it clearly to the students who did not see, could not understand, the benefits of that approach against the conventional one. You see, I used to explain to prospective students that at Queensland University, you could do a Bachelor of Arts combining maths and music, because they were the two things you might be good at. At Griffith, the programs were much more structured and you had to do it within the framework of a defined program. This meant you had much less choice and there were much fewer electives. You had to do things that you were probably not very good at doing. You couldn't just pick and choose from your areas of strength. So that didn't sell very well".

John Topley, our foundation Registrar, explained in a 1992 interview that this was intentional and the benefits outweighed the difficulties of working within the interdisciplinary framework:

"That was quite a deliberate decision early in the University. Far less subject choice than was traditional, and that was necessary we felt, because of the attempt to be interdisciplinary. We decided that students should have a special relationship with their staff. Instead of adopting the smorgasbord approach that the University of Queensland and other traditional universities had, where students visited departments to learn about certain things - our organisational structure attempted to be different. Students had contact with a limited range of academic staff, and got to know them well. The students worked in a relatively small, cohesive unit which we then called Schools - so that they wouldn't be darting about all over the University". 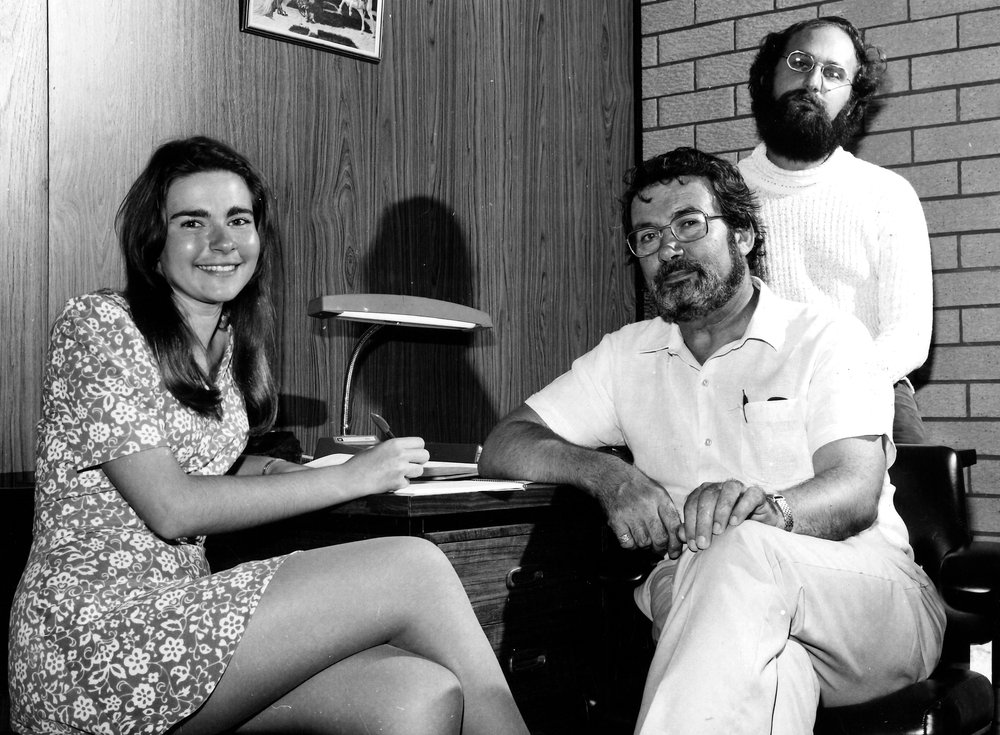 But where was the student voice in this ongoing discussion of challenges and intentions? Our first student newspaper 'Griffitti' (published 1975-1993), a fully independent student publication, was printing student concerns and feelings on the interdisciplinary experience as early as 1976. Students from the School of Modern Asian Studies (MAS) provided a collective statement that same year:

"We believe that the interdisciplinary ideal of Griffith University should be brought out of its mothballs and put into practice".

At the time, MAS students believed that the limited choice of subjects within their courses and the inability to study subjects from other Griffith Schools was not an interdisciplinary approach. Another perceived flaw in the interdisciplinary framework was there being no option to study subjects at other universities and have those subjects credited towards Griffith degrees. In fact, despite our noble intentions, frustration with the new framework was causing cynicism in some students:

"Let's see the interdisciplinary study, the flat bureaucracy, the 'new approach' to education. Or was it all a big P.R. job? "

Some of our early Humanities students also felt the course structure at Griffith was too rigid. They were not able to study two subjects that they saw as related or interdisciplinary at the same time I.E. study a second year maths subject at the same time as a related first year music subject. Students saw this as the antithesis of interdisciplinarity. In 1981, two School of Humanities students openly questioned the flexibility of the framework:

"They [subjects] could each benefit from a recognition of compatible aspects, that could work toward not only a greater understanding of the complexities of discourses (production, dissemination, reading, social function etc.), but would also represent a move towards true interdisciplinary education".

By 1984, student disillusionment had increased and the Griffith University Union of Students (GUUS) called on Griffith management to review the interdisciplinary approach. A working party made up of GUUS representatives and interested academic staff was established in August 1984 to complete the review. The working party offered this on how students were viewing interdisciplinarity at Griffith: 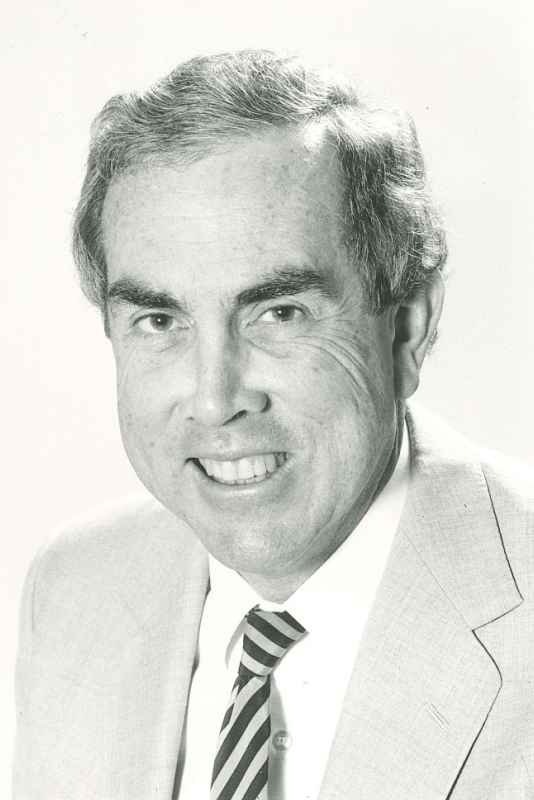 From University Framework to Core Value

Our foundation Registrar John Topley was a significant player in developing our interdisciplinary framework and its associated support structures. One of these support structures was the Centre for the Advancement of Learning and Teaching (CALT); Topley appointed Doctor Robert (Bob) Ross as Director of CALT based on Ross’ extensive experience in interdisciplinarity and working across faculties and disciplines in course and assessment development. When looking back in 1992, Ross reflected positively upon his involvement in this bold Griffith initiative:

"I would just sit on the planning groups and help them structure their foundation programs, and that was for me a very fascinating experience. The difference between the faculties and their approach to the activity was really quite fascinating. It's been a marvellous experience of course, working particularly in the very early days, when you're excited, you're exploring new things, and nobody knows how to solve these problems and that makes it nice" (Ross 1992).

Ross was not the only positive influence on our interdisciplinary framework and the benefits of this real-world approach to education and research. Foundation Chairman of the School of Australian Environmental Studies Professor Calvin Rose had come to Griffith from the Commonwealth Scientific Investigation and Research Organisation (CSIRO), where it was common practice for people with different disciplinary strengths to come together to solve problems. Rose felt strongly that an interdisciplinary framework was the best way to solve real problems of society:

"Since we started with a blank sheet of paper, as it were, I felt very strongly that we ought to include the whole range of what, often in universities, are called disciplines. The willingness to bring together knowledge and create knowledge […] in new ways to deal with problems and to build that into a teaching programme is something that is, I think, quite a great achievement" (Rose 1992).

"I was a political scientist, a geographer and a planner" (Emeritus Professor Peter Coaldrake 1996).

This is how our first PhD recipient and former Queensland University of Technology (QUT) Vice Chancellor Peter Coaldrake described his professional and educational standing. Professor Coaldrake also revealed in a 1996 interview that as a mature-aged student the idea of Griffith’s interdisciplinarity enticed him to move from Canberra to study at our University.

Even Sian Lewis, who had been President of GUUS when our student union called for the 1984 review of the interdisciplinary framework, acknowledged there had been genuine positives for students:

"I think if we go beyond the teaching, there were some quite positive things that happened there, things that have been quite enduring. Despite all the criticisms, people [students] did question authority there and developed a very broad-base of skills" (Lewis 1996 ).

As Griffith grew to become a comprehensive university with multiple campuses, the formal interdisciplinary framework dissipated due to economy of scale. Yet interdisciplinarity remained a core value of our university. 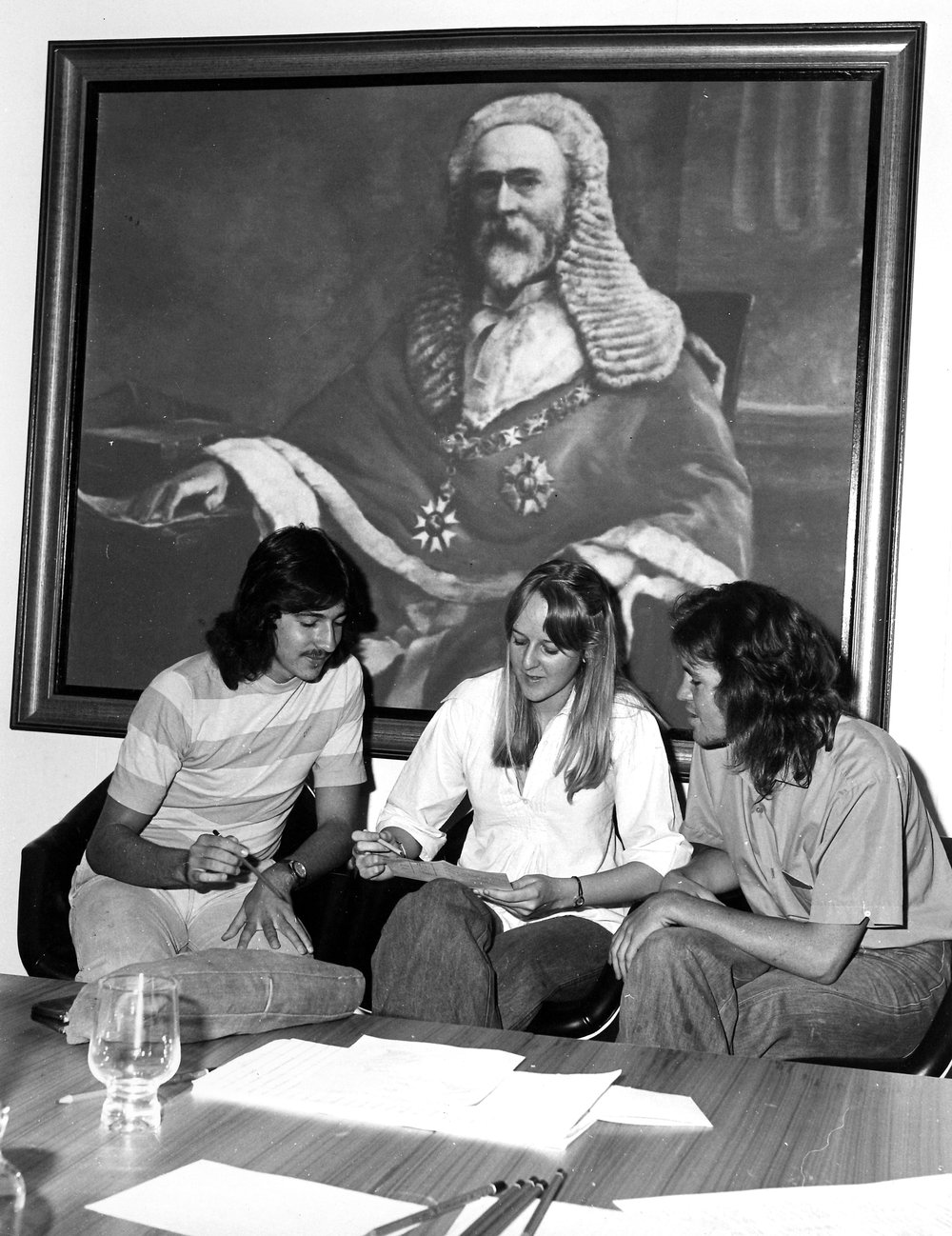 Today, Griffith is ranked in the Top 300 universities in the world. Less than 50 years since we began teaching, we are now a university of global influence. Interdisciplinarity has not been lost; in the ensuing years, it has remained at the heart of Griffith. Our Vice Chancellor, Professor Carolyn Evans, has recently established the Griffith Beacons initiative:

"The strategy builds on Griffith’s ability to build interdisciplinary research teams from across the University which can play a significant role in tackling real world problems" (Evans 2019).

Interdisciplinarity is also being formally reinvigorated as a core business practice in teaching:

"In the pursuit of excellence, we reach across boundaries of all kinds within and beyond the University. In particular, we pride ourselves on our interdisciplinary work and our ability to engage with industry, government and the not-for-profit sector" (Creating a future for all - Strategic Plan 2020-2025 ).

With Professor Evans enacting the reinvigoration of our founding principles, Griffith's multidiscipline approaches and student-centred university experience means that Griffith’s interdisciplinarity will not just live on - but flourish. 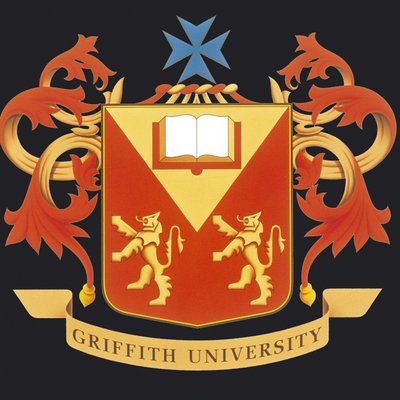 Oral History of the University

History of the Student Union 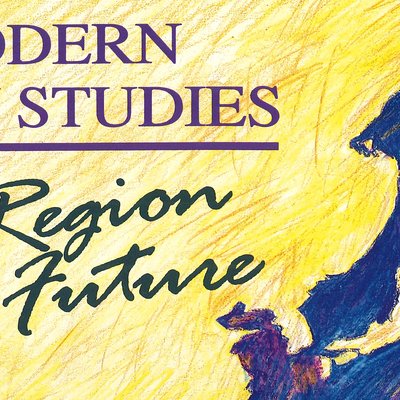